Personal Service Outside the State – Part 2 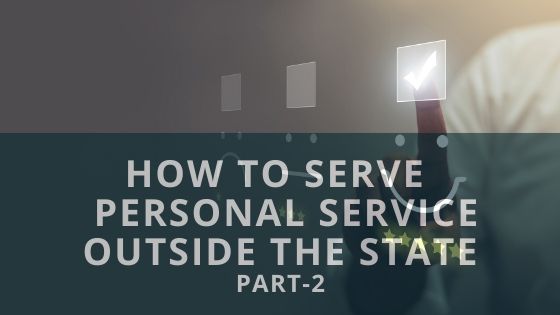 We’re currently addressing service of process to parties outside the state, so let’s continue with the next part of this statute, which deals with a situation where in rem relief is sought pertaining to foreclosure. What exactly does “in rem” mean? Simply put, this deals with action against property and not the tenant of that property. In this situation, notification of service will need to be made by registered mail to the other party or their attorney; once the receipt for the mail has been signed, service of process will be considered to be complete. If for whatever reason the registered letter cannot be sent or is refused, it is permissible to send it via first-class mail as an alternative. If service of process is made by first-class mail, it will be considered completed when the mail is sent.

Once process has been served the party or their attorney will need to file an affidavit with the court giving all the specifics of the service:

This was somewhat long and drawn out, but hopefully, it helped. We’ll move on to the next statute for the next installment in the series.